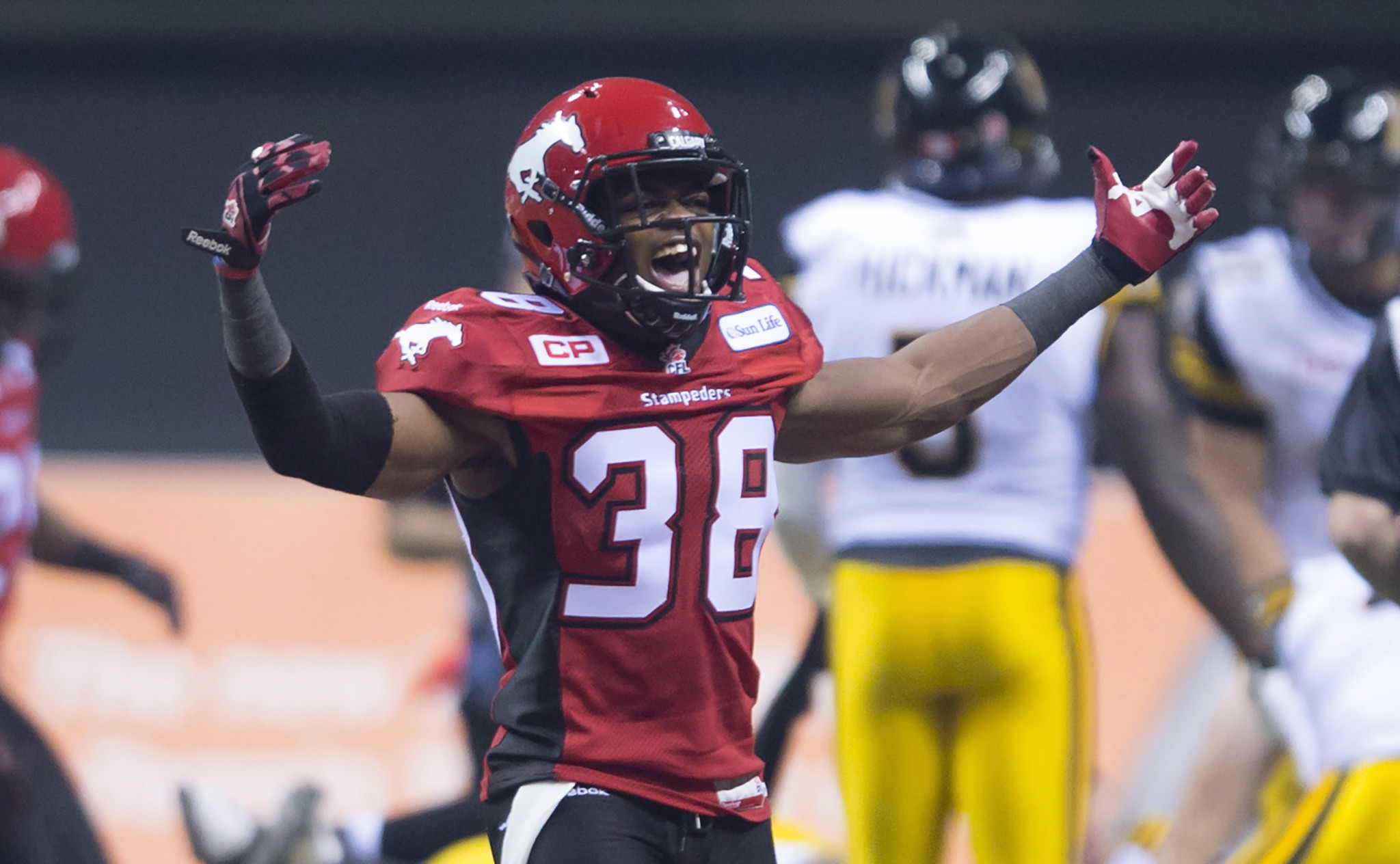 Calgary Stampeders' defensive back Buddy Jackson celebrates a blocked kick agains the Hamilton Tiger-Cats during the first half of the 102nd Grey Cup in Vancouver, B.C. Sunday, Nov. 30, 2014. THE CANADIAN PRESS/Nathan Denette

The Saskatchewan Roughriders announced today international defensive back Buddy Jackson has signed with the team. As per club policy details of the contract were not disclosed.

Jackson (6’1 – 180) will enter his third CFL season after originally entering the league with the Calgary Stampeders in 2014. Through his first two seasons, the 27-year-old Florida native has registered 68 defensive tackles in 18 regular season games. He won his first Grey Cup with Calgary in 2014.

Last season, Jackson played six regular season games with the Stampeders before being released in November. He received multiple NFL tryouts before signing with Dallas Cowboys practice roster in December where he remained for the remainder of the season.