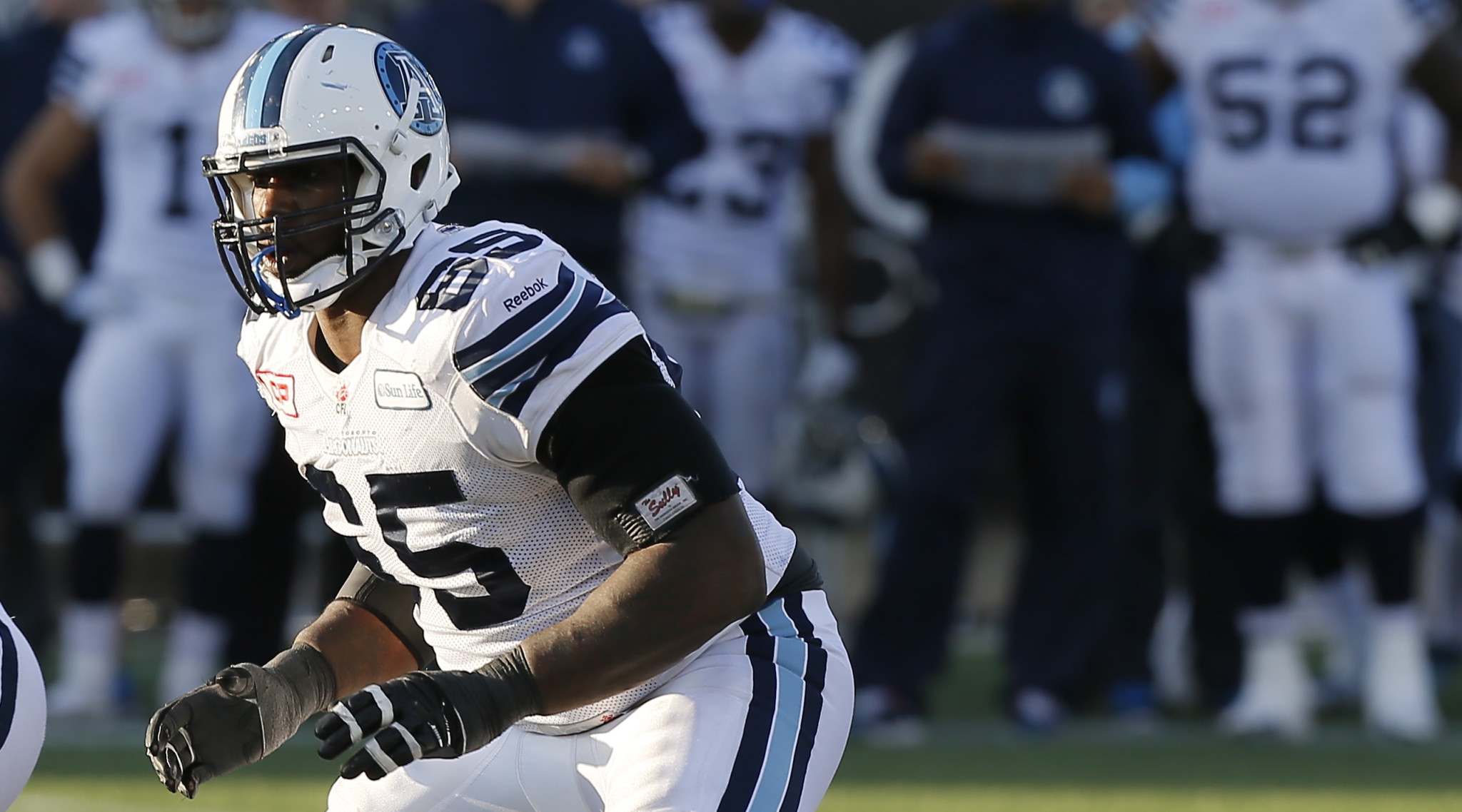 The Saskatchewan Roughriders have acquired international offensive lineman Bruce Campbell from the Toronto Argonauts. In exchange the Riders have sent their 4th round selection (27th overall) in the 2016 CFL Draft and the rights to a negotiation list player to the Argos.

Campbell (6’7 – 317) started all 15 regular season games played and the East Semi-Final for the Argonauts last year after signing with the team in March, 2015.

The 27-year-old was originally selected by the Oakland Raiders in the 4th round (106th overall) in the 2010 NFL Draft out of the University of Maryland. Campbell went to play 14 regular season games with the Raiders during his first two seasons before joining the Carolina Panthers in 2012 where he played five regular season games.

“We are happy to add an experienced offensive lineman to our roster,” stated general manager and head coach, Chris Jones. “Bruce is one of the most athletic players at his position and has a chance to be an impact left tackle in our league.”