Nine Would Be Fine 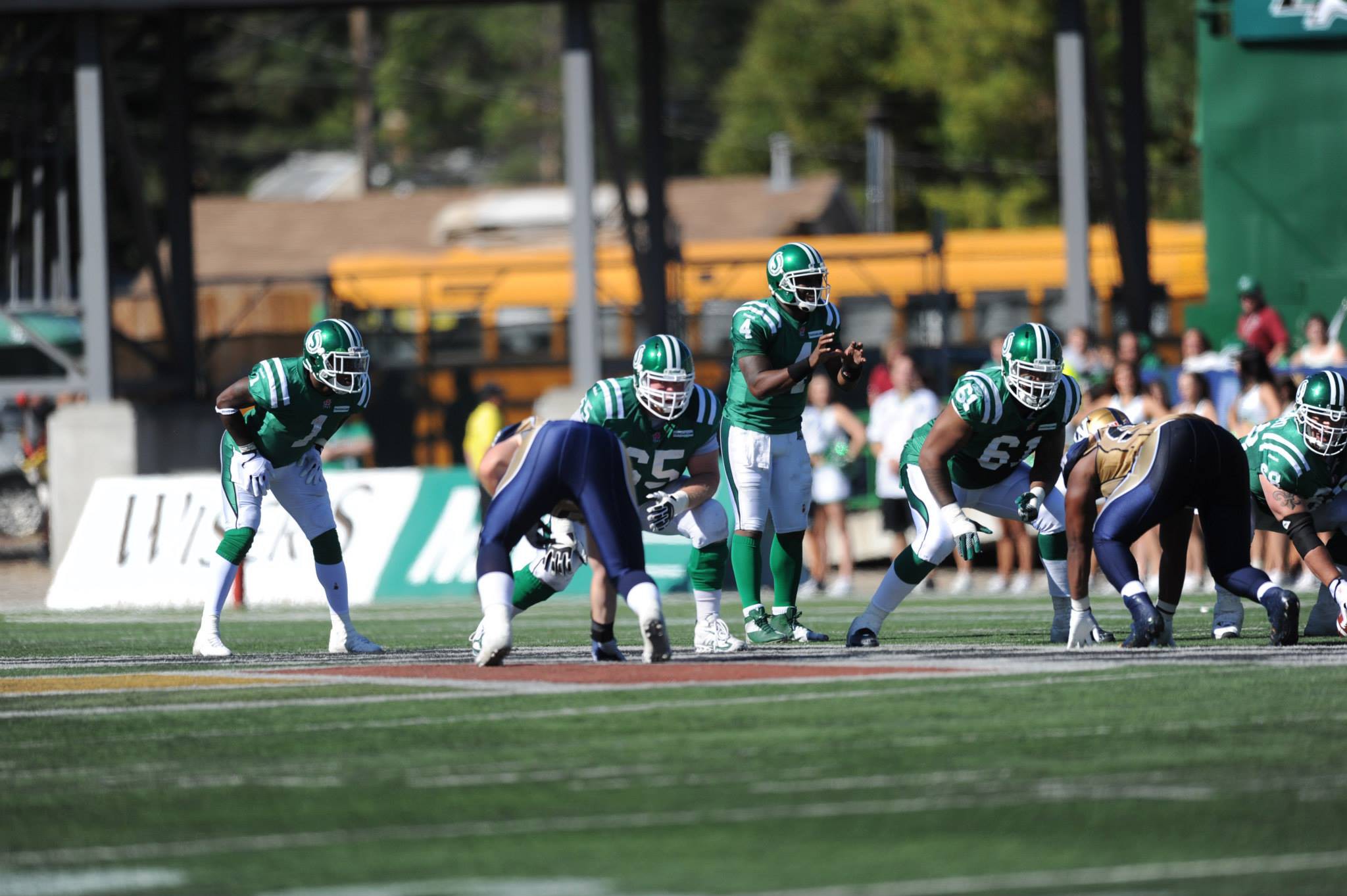 Nine Would Be Fine

It may or may not be on the radar of the Saskatchewan Roughriders as they go into Winnipeg to take on the Blue Bombers Sunday afternoon, but they have a chance to surpass their win total last season as they go in search of their 9th victory of 2013.

As they have all season, the mantra is not to go after their 9th win of the year, but to go 1-0 this week and that is what Head Coach Corey Chamblin is once again preaching as they get set to take on a team that they manhandled last Sunday at Mosaic Stadium.

“We have no momentum from last week going into this one. The game goes back to 0-0 and we are playing a brand new Winnipeg Blue Bombers team.” Chamblin said. “I wish you could take some momentum and carry it over from game to game, but we know we will be taking on a team that will come out differently from last week and it’s our aim to go 1-0 this week like what we’ve been doing all season.”

After taking a half to see what the Bombers were going to do offensively last weekend, the Rider defense clamped down on the Winnipeg offense allowing just one big play in the second half as they cruised to a 20 point plus victory. The game allowed the Riders to get their first good look at Winnipeg quarterback Justin Goltz.  Defensive lineman Keith Shologan admits his team was caught off-guard by the young Bombers signal-caller, but they now realize what he brings to the table and they are ready to pounce on him like they did in the second half last week.

“He’s a good young quarterback,” Shologan stated. “We didn’t realize how athletic he was in watching the film. He throws the ball a little bit better than what we saw in the film too and that took us a couple of series to get used to. We’ve got some good footage on him now though and we’ve seen what he can do, so unless he shows us something he didn’t last week we’ll be ready for him.

With this being the first game of the second half, it allows some that were on the nine game injured list to get back onto the football field. One of them is offensive lineman Patrick Neufeld. The University of Saskatchewan product missed the first half of the season with a broken leg, but he is ready to get back out there.

“The o-line has been playing so well this year and it’s been great to see Ben (Heenan) fill in at my spot and play the way he has been. “ Neufeld said. “It will be great to be able to get out there again and start contributing and feel like you are adding to those wins.”

Darian Durant is happy to see Neufeld return even though he has been protected well by the line in his absence. He is expecting Neufeld to have his work cut out for him because he feels the Bombers will be coming out with an increased form of energy.

“I think they will come out in front of their home crowd really wanting to show their fans something.” Durant said. “We have to make sure we are ready to go right from the opening kickoff so that we can try and dissuade that energy. The longer that they feel they are in the game, the tougher it is for us so lets go out there and try and play the football we’ve been known for right off the bat.”

Durant also confesses that Winnipeg might be his favourite road trip of the year when it comes to the game-day atmosphere.

“Winnipeg is the only place in the CFL that reminds us of here,” Durant explained. “The fan support they have is great. They get just about as loud there as what our fans do. It’s fun going into another park and trying to shut their fans up and those guys don’t like me for whatever reason, so it’s great going in there and doing what we try and do every week that we’re on the road.”

Kickoff is 2 p.m Saskatchewan time with TV coverage coming on TSN. 620 CKRM will start it’s longest and most comprehensive pre-game coverage in the CFL at 1130 with “Roughrider Gameday” and Michael Ball. You can watch that program live as well by visiting Riderville.com. That will be followed by “Rider Nation Pregame” and then the play-by-play with Rod Pedersen and Carm Carteri.