Calling on the 13th Man 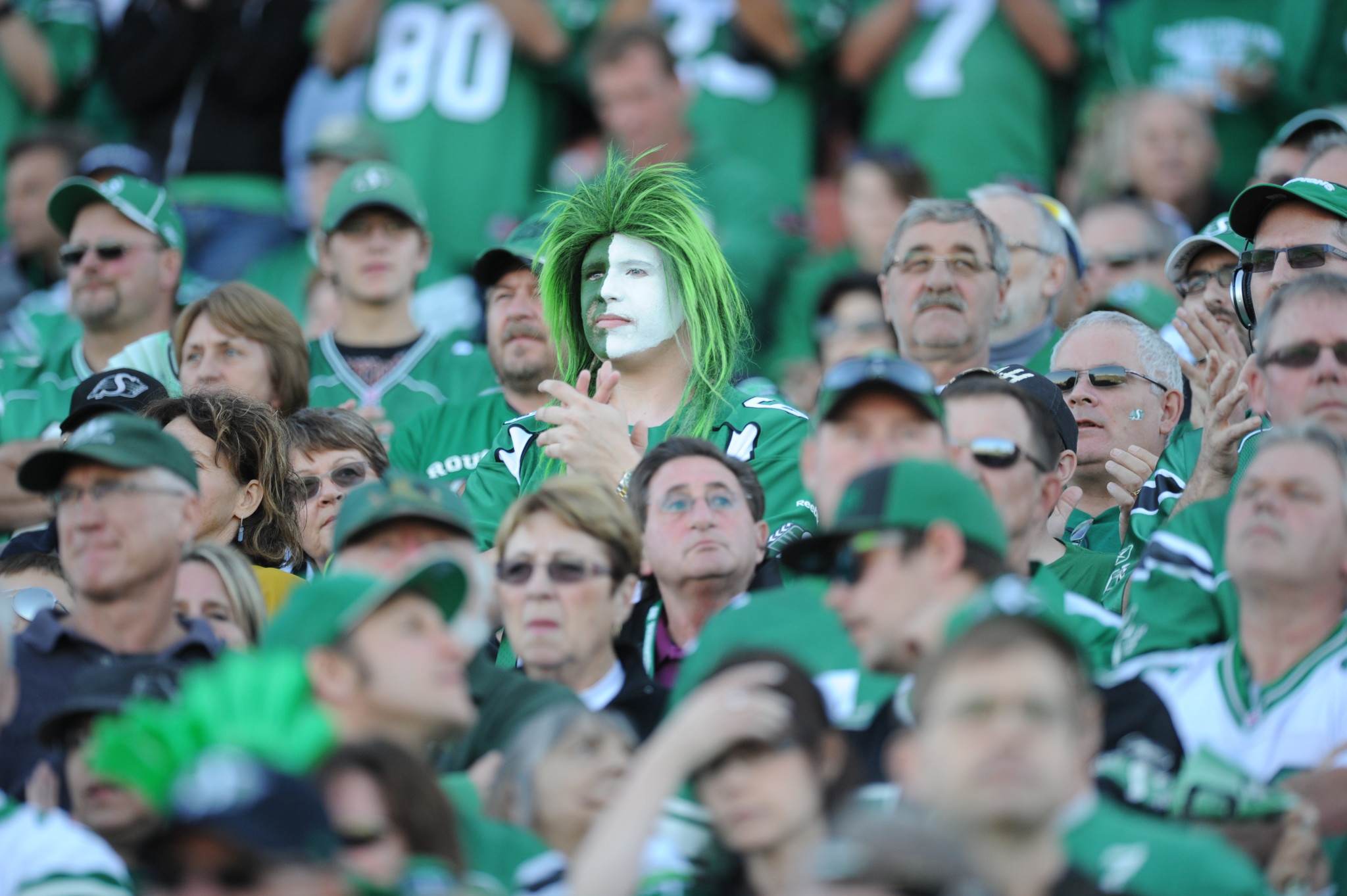 Calling on the 13th Man

The Saskatchewan Roughriders have known for years how important their fan base inside Mosaic Stadium can be. Whether the 30-thousand plus that routinely have shown up at home games for years are coming with watermelons on their head or fuelled by Pilsner, they have made life rough for many an opposition player.  The latest player being Calgary running back Jon Cornish who became so frustrated with the treatment he was getting from fans on the east side that he performed an act that got him fined by the CFL.

With the Grey Cup champion B.C. Lions coming in for a game at what should be a wild Mosaic on Saturday night, the team is hoping the 13th man will be as ready for this one as what they will be as they continue to pursue a playoff spot and perhaps first place in the West.

Head Coach Corey Chamblin has heard how loud the crowd can be from both sidelines. He is fully aware of the catcalls that rain down from the east side fans having been on the coaching staff of the Stampeders and Tiger-Cats.  He believes that the renovated Mosaic that gives a bowl like atmosphere to the stadium has made the 13th man an even bigger factor than before.

“The crowd is very intimidating”, Chamblin said. “With it being an 8 o’clock game on Saturday night, those fans are probably going to be partaking in some pre-game festivities before they get in here so they will be ready to go. We have the best fans in the league and the most knowledgable fans in the league. We just have to make sure they are cheering at the right time. Get on them when they are in the huddle so they can’t hear a thing and keep that up when they get up on the ball. There are times in here when you just can’t hear.”

Chamblin chuckled when he said that perhaps the fans can issue a challenge to force the Lions into a couple of false starts to make it first and long or second and long. He adds making life difficult for the opposition just makes the job of the Lions or whoever that much tougher.

“I think Seattle Seahawks Coach Pete Carroll said it best when he said the biggest thing is if an offence has to play the defence and the crowd is something that limits what they want to do.” Chamblin stated. “It gives them a very vanilla gameplan and if the quarterback can’t get the call, there is a chance for a time count violation or a busted call and you have seen what Seattle fans can do to rattle the other team. That’s what I’m hoping for here on Saturday and every home game.”

Darian Durant doesn’t have to worry about Rider fans preventing the Saskatchewan offence from disrupting what he wants to do, but he is very cognizant of the fact that the 13th man is a distinct advantage when at home.

“Fans can get under a players skin,” Durant said. “It happened with Cornish last week, and it could happen again at any time so keep doing it. You never know when a guy can get unfocussed and it may cost his team the game. Keep talkin, keep gettin on his tail and keep doing what they have been doing for years because you just never know. “

Durant also has a request for the fans—no matter where they are sitting.

“I don’t want our fans to wait until the 4th quarter to get loud. Make it intimidating for them the first time they touch the football.” Durant insisted. “Put pressure on them and make the quarterback yell right from the first snap to get that call out. The wideouts and the o-linemen—especially the tackles have a hard time hearing you and as that 20 second clock ticks down; it puts them at a disadvantage. This is a big game for us and while we always get the support of the fans, we really need it this week.

While the intent of a loud crowd is to disrupt the offence, can it backfire by not allowing defensive players to hear calls or audibles.  Defensive tackle Keith Shologan says the communication factor is impeded somewhat, but it’s not a big problem for the defense as they are trying to talk to one another.

“It hurts the offence a lot more than the defence,” Shologan said with a laugh. “There are just so many audibles that an offence tries to get out there and with our crowd being so intimidating it makes it so tough for them. We can message one another with hand signals or something, but it is certainly more of a challenge for the other team than it is for us.”

A win on Saturday would still make it tough for the Riders to catch the Lions for first place, but it would give them two wins over B.C. this year and leave them two games behind in the race for first. A win would certainly improve a chance at a home playoff game and that game would likely be against Calgary. Seeing what the 13th man did to Jon Cornish last time out, you know they would be more than ready to meet the challenge of getting under his skin again as he will definitely be “exposed” to the wrath of the best fans in the CFL.