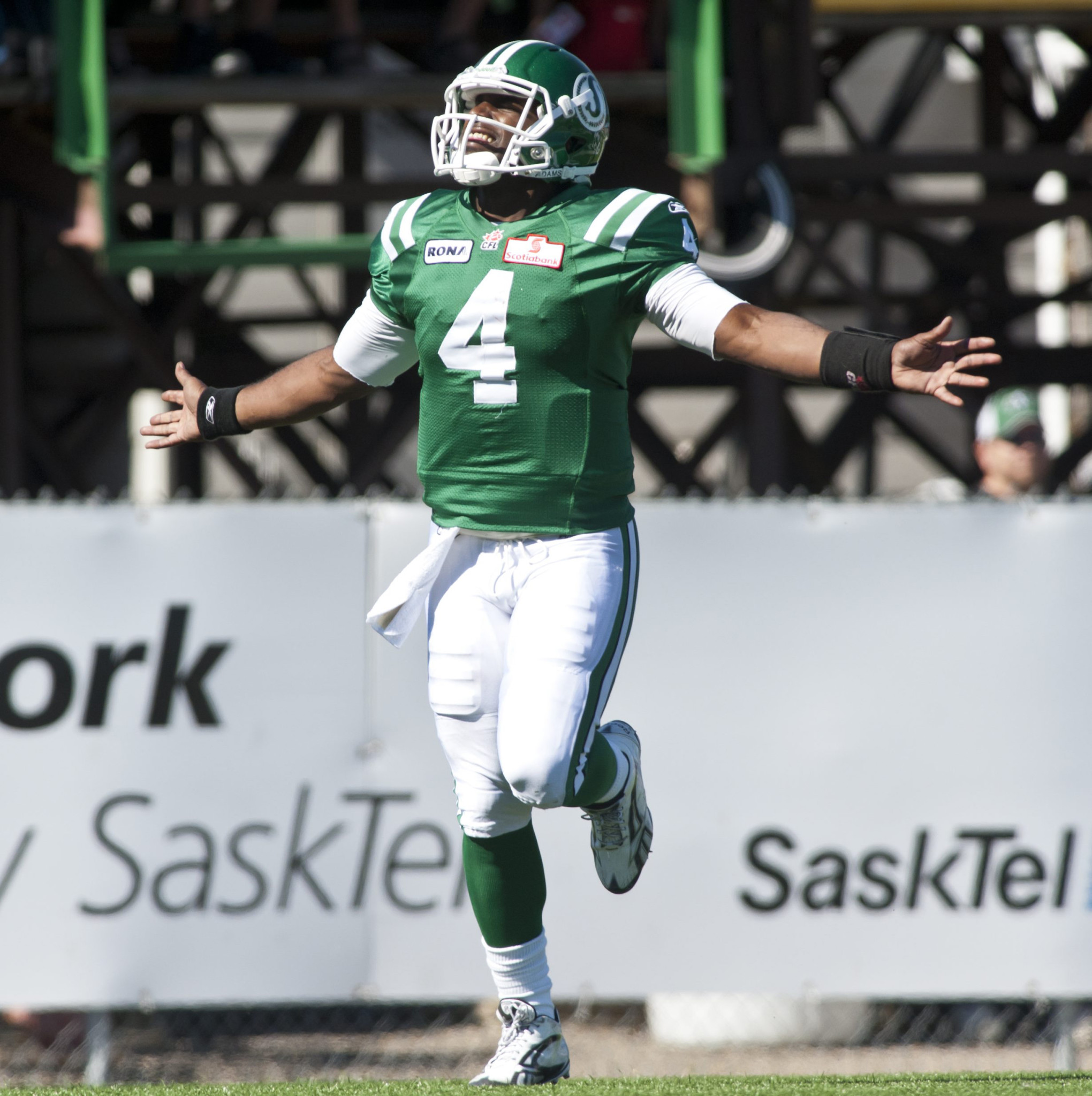 It may feature two teams who are struggling, but when it’s the first Sunday of September in Regina, it doesn’t matter because there is something different about the game when the Winnipeg Blue Bombers meet the Saskatchewan Roughriders at Mosaic Stadium in the annual Labour Day Classic.

Former Bombers quarterback Khari Jones is no stranger to this game having suited up for many as the opposition. He smiles when he thinks back to the past.

“It’s a great atmosphere and these fans really bring it on Labour Day,” Jones said. “It’s always a good game too. It didn’t matter if we were a good team or a bad team, we knew we were in for a battle here and we also know that we lost some games in here that we shouldn’t have. While I wasn’t involved with either team last year, the Bombers were 7-1 and they got spanked. I don’t know how to explain it, but there’s something different in the air on Labour Day.  I’m just looking forward to being on the home sideline for this one instead of being on the visiting one hearing the catcalls.”

For Weyburn’s Brendon Labatte, he will also get to experience the Labour Day Classic from the home sidelines. After being a Bomber for four years, Labatte will see what it’s like from the other side as well. He can’t wait.

“The intensity and the atmosphere that comes with the Labour Day game, even the whole weekend, is just crazy.” Labatte said. “Seeing it from the other side of the field and hearing what you hear over there and the abuse that you take, I’m really going to cherish being on the friendly side of the field this year.”

What can’t be lost amongst the hype is that the Riders go into this football game having lost their last five after winning three in a row to start the season. It’s no secret that a huge monkey has firmly attached itself to the backs of the Riders and that the hot seat is white hot at the moment.  Quarterback Darian Durant says the team realizes that the season is just at the halfway mark and that there is a long ways to go, but he also admits the time is now to get back in the win column.

We need to roll off a win just to get that winning feeling and some joy in that locker room,” Durant said. “That means everyone would come to work a little happier and that’s the goal.”

Riders Head Coach Corey Chamblin remains confident his team is poised to break through and play the football he knows they are capable of. Throughout the five game losing streak, Chamblin has remained optimistic while tweaking the roster here and there in an attempt to re-capture that winning feeling. He goes into this game saying the guys just have to believe in themselves to make the plays that are needed and if they do, they will be successful.

“We just have to come together as a team.” Chamblin said. “I told the guys that we have to accentuate on the positives and the positives are we have had an opportunity to win six of the eight games that we have played.  We have a young team that is getting more and more experience each week, but we have to learn to play all three phases of the game together. We have done it before and I know we can do it again.

Game time Sunday afternoon is 2:00 PM. TSN will have the TV coverage with Chris Cuthbert and former Rider Glen Suitor making the call, while 620 CKRM will once again have comprehensive coverage starting with “The Touchdown Club” at 11:30 followed by Rod Pedersen and Carm Carteri with the play-by-play.