Not in Panic Mode 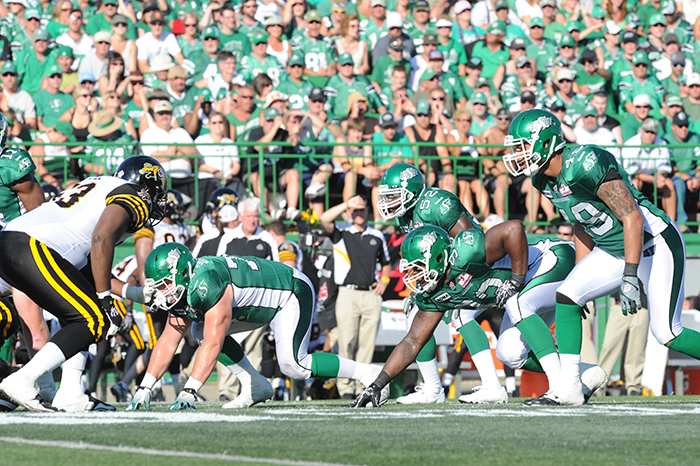 Not in Panic Mode

After starting the season with three wins, the team has lost three games to sit with a record of 3-3. While the last three weeks have not gone well with losses to the Stampeders, Tiger-Cats and Eskimos, head coach Corey Chamblin is not planning on changing his stance any when it comes to the fortunes of the football team.

“Everybody got super-excited when we won the first three games, but I wasn’t,” Chamblin proclaimed after a Monday workout. “I knew sooner or later that we were going to lose some games. You can’t get to high with the highs and too low with the lows. I’ve had highs and lows and I know that if you just keep working, things will turnaround and they will for this team.”

While the last three weeks have not produced impressive results for the team as a whole, Chamblin is impressed by the fact the three game losing streak isn’t having an adverse effect on his players.

“The one thing that I have learned is that the guys in the room are still upbeat,” Chamblin said with a smile. “They are still in a positive spirit when they come to work and I think that is the biggest mark of a winning team. It may not show in the win column, but they are a young team and it shows they didn’t falter. We’ve been in every game to this point and I’m confident their hard work and attitude will materialize into some wins very soon.”

The three game losing streak has been frustrating and one of the sources of that frustration is turnovers. In the three wins, the team didn’t commit any turnovers, but in the three losses, they have had some key turnovers at key times which have cost them. While the turnovers have been devastating, quarterback Darian Durant is frustrated with some of the other things that are going on.

“The penalties are hurting us more than anything—especially on Friday.” Durant said. “We killed ourselves with things like offsides and time count violations. Those are just concentration penalties and things that can be avoided easily. We know that things like holding are going to happen, but some of the penalties that we can control are things that we need to be better at.”

Durant is facing some criticism during this three game losing streak. Criticizing the starting quarterback in Saskatchewan is something that isn’t new whether it be Durant, Joseph, Greene, Austin or even Ron Lancaster. Durant is well aware of all the negative talk that has started to circulate and he is just brushing it off saying its par for the course.

“I don’t worry about people say or think,” Durant said. “I’ve been through pretty much everything a guy can go through here. We’ve come out on top in some cases and in some cases we’ve sunk. Its not just about me. We are a young team and we just have to keep fighting and keep plugging. I think the outside looking in is always so quick to crown people when they lose. You have to see where the season plays out and then make your evaluations whether they be positive or negative.”

The schedule doesn’t get any easier for the team. They are getting ready for a Sunday afternoon game in Vancouver against the B.C. Lions. The defending Grey Cup champions are tied for first in the West with a 4-2 record and they will be looking for a measure of payback after the Riders beat them at Mosaic Stadium earlier this year. Game time is 5 o’clock Saskatchewan time.