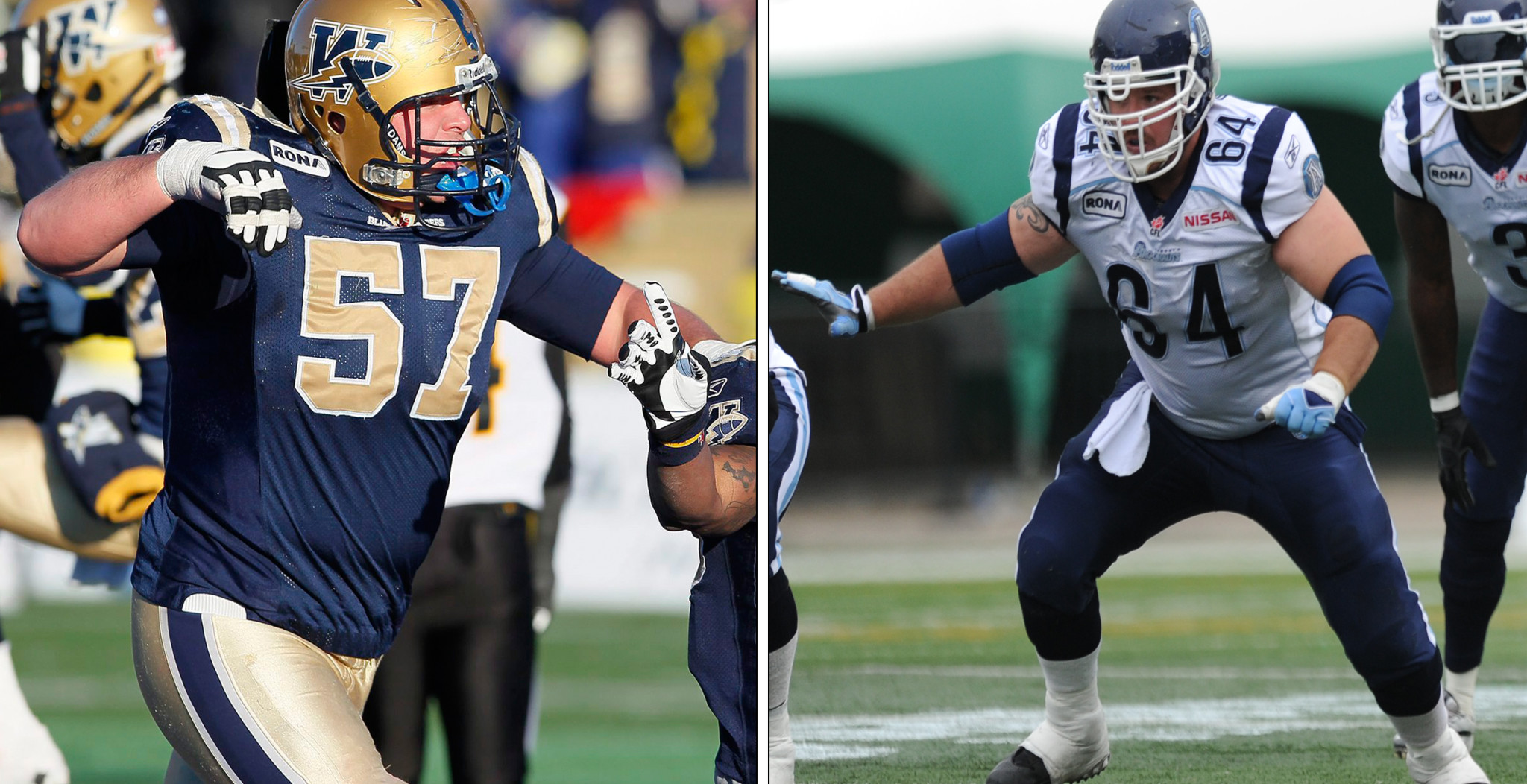 The Saskatchewan Roughriders announced today that they have agreed to terms with non-import offensive linemen Brendon Labatte and Dominic Picard. Financial details of the signings were not released.

LaBatte (6’4 – 304lbs) has spent the last four seasons with the Winnipeg Blue Bombers after being drafted by the team in the first round (6th overall) in the 2008 CFL Canadian Draft. He immediately earned a starting spot on the Bomber offensive line and was named the team’s nominee for Rookie of the Year in 2008. In 2009 he earned his first all-star nod after being named to the East Division All-Star team and was the team’s nominee for Most Outstanding Offensive Lineman after starting every game at left guard. For the second consecutive year Labatte earned the team nomination for Most Outstanding Lineman and an East Division All-Star nod in 2010. Last season, the 25-year-old started in all 18 regular season games, the East Division Final and Grey Cup game. His dominating play earned him his third consecutive East Division All-Star nomination and his first CFL All-Star recognition. After growing up in Weyburn, Labatte went on to play for the University of Regina Rams.

Picard (6’2 – 301 lbs) spent the last three seasons with the Toronto Argonauts after signing with the team as a free agent in 2009. Previous to making the move to the Argos, Picard spent three seasons with the Winnipeg Blue Bombers after being drafted by the team in the third round (23rd overall) in the 2006 CFL Canadian Draft. Over his time in the CFL, the 29-year-old has played in 85 regular season games, five playoff games and one Grey Cup. Before entering the CFL, Picard spent four seasons at Laval where he served as team captain and the starting centre for two Vanier Cup championship teams.